Dwayne Haskins from Ohio State University has elected to enter the 2019 NFL Draft after a record-breaking season for the Buckeyes. Haskins is a redshirt sophomore and in his lone season as a starter, he threw for 5,396 yards, 54 touchdowns with 9 interceptions. He had a passing completion percentage of 70%. 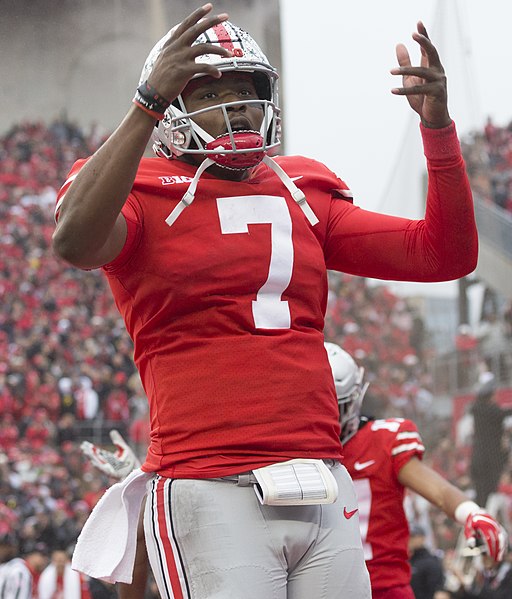 Dwayne Haskins’ Wonderlic score came in at a respectable 25. To compare the former Buckeye quarterback to his 2019 QB classmates, check out our list of 2019 Wonderlic scores.


What is the Wonderlic?

The Wonderlic test has been a component of the NFL Scouting Combine for over 40 years. The test was originally used by legendary Cowboys coach Tom Landry as part of their player evaluation and was eventually adopted around the league.

While there is still plenty of debate about the value of the Wonderlic, it still seems to make the headlines each year around the Combine and NFL Draft.

With Justin Herbert opting to stay in school for another year at Oregon, many NFL analysts believe that Haskins might be the first quarterback taken in the 2019 draft.

His statistics tell the story of a dominant season, as the Sophomore completed 70 percent of his passes for 4,831 yards and 50 touchdowns to only 8 interceptions. Scouts love his accuracy and decision-making ability. There were some concerns about his mobility, though, it seemed that Ohio State preferred to keep him in the pocket except when the threat of running proved necessary to stretch the defense (see the Michigan game).

There will be some competition for the top quarterback spot, much will depend on the workouts and interviews to see who goes first as several teams find themselves in need of a franchise quarterback.